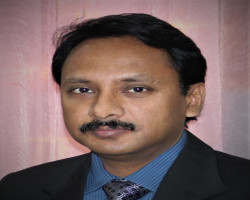 Dr Mohammad Emranul Islam completed his BDS from Dhaka Dental College in 2000. After internship, he successfully completed MS in Oral and Maxillofacial Surgery from BSMMU in 2006. Besides he enrolled himself in numerous seminars, presentations and workshop & hands on training courses at national and international level.

He joined City Dental College as Assistant Professor and Head of Oral and Maxillofacial Surgery Department in 2008. He got promoted as Associate Professor and Head of Oral and Maxillofacial Surgery Department at City Dental College in 2013. He has more than 800 students and followers both Bangladeshi and foreigners working at national and international level.
Dr MD Emranul Islam also served as the Chief Consultant at Labaid Dental Clinic, Labaid Hospitals, Dhanmondi during 2008-2012. There he treated numerous dental and surgical patients with satisfaction and gratitude. He started an era of modern dentistry during his service at Labaid Dental Clinic.
He started his own chamber "Dental Home" at Banglamotor in 2012 where he is paying his service till now.